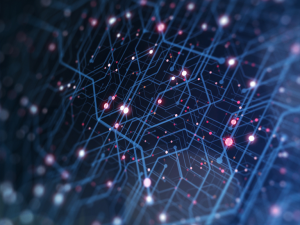 Located at The Theatre at 505 Keystone Ave. in Reno, 89503 “#Millennial” is Reno’s must-see cirque show. Hosted by Aspen Meadows, a gorgeous and hilariously quick-witted drag queen, the cast envelops the audience in a fun, high-energy, production that parodies and celebrates the self-proclaimed “raddest generation” through cirque, song and dance.

You and your guests are invited to this immersive and entertaining theatre experience for Media and Influencer Night Friday, February 11, 2022 at 7:30pm. RSVP to streetseenllc@gmail.com, Wednesday, February 9 by 5pm.

Aspen Meadows has been a drag queen and entertainer for five years and has already become a beloved Reno icon. She has performed alongside many RuPaul’s, “Drag Race,” Queens, appeared in fashion shows, catwalks, Drag Queen Story Time at the local library, Pride performances, Drag Bingo, karaoke, and much more!

Dominic Eason is a former member of Rose City Acro Devils. With the company, he performed at independent venues and large-scale EDM festivals alike for four years prior to moving to Reno. With his partner, Jenae (the other half of Meraki Acro), Dominic continues to perform, producing artful gravity defying feats of suspense and danger.

Jenae Gerstmann is a classically trained and competitive dancer, aerialist, and contortionist. She is a former resident performer with The Wanderlust Circus, where she appeared on stage at many festivals, corporate parties and events. In 2019, she appeared on national television show, “The Gong Show,” winning a perfect score.

Karynn Sucaldito’s performance career began with Le Cirque Vagabond. She was a lead aerialist in the pre-Covid resident show at Harvey’s Cabaret, Tahoe. She is principal with Rogue Worx and has been featured by The Siren Society. Karynn is a core facilitator with Soulmatique Intelligence, an administrative member of The Fly Black Aerialists, and the owner of Aerial Equanimity, a local nonprofit.

Meredith Calderas Precit has performed alongside MC Yogi, HuDost, Metal Echo, and Sneaky Creatures and was published in LA Fashion Magazine. She has choreographed and performed for events including Center Podium’s BodyBuilding Competitions, Guitarfish Music Festival, Wanderlust Festival, Made in Tahoe Festival, The World Concert, and Summit LA18.

Sarah Sperber (CEO, Rogue Worx) is the Producer and Featured Vocalist in, “#MILLENNIAL.” Her performance credits include a mainstage residency at world-renowned Jacob’s Pillow Dance Festival, singing at Carnegie Hall, and competing as a finalist at U.S. Aerial Championships (NYC) and Circus Star USA (LA). She has been featured in Dance Magazine, and has choreographed, performed, and produced at multiple casino properties in the area, and for Grammy Award winning artist, Skrillex.

Shannise Mora’s dance training began at Take 2 Performers Studio. She has performed at UNR’s Mackay Stadium, and for The Reno Bighorns. Shannise teaches and trains in several styles, such as Reggaeton, Contemporary, Heels, and Hip Hop. She was featured as a dancer and choreographer for Artown’s Midtown Mixtape.

Tony Deal’s introduction to movement and performing arts began with martial arts and gymnastics. His performance accolades include the renowned Red Rocks Amphitheater, where he was a featured aerialist for Troyboi’s sold out concert, multiple Caesar’s Casino and Hard Rock property residencies, the Reno Bighorns halftime show, and several nightclub, casino, and corporate appearances.